Type something and hit enter 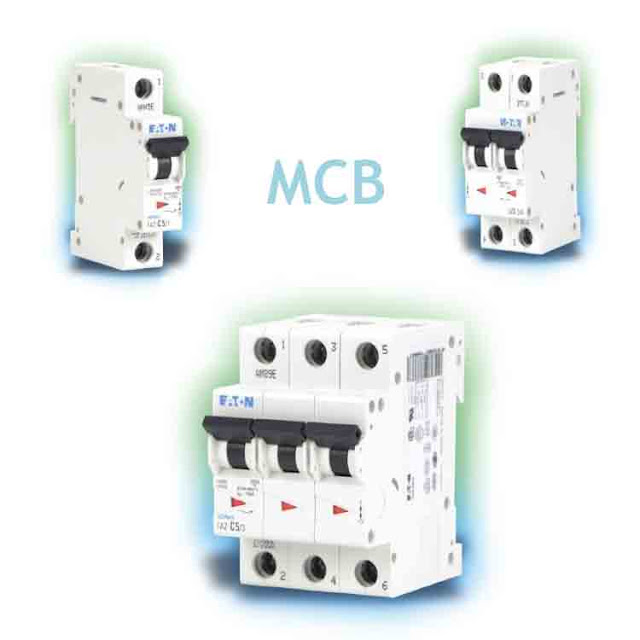 MCB FULL FORM | MCB SYMBOL | 3 TYPES OF MCB | MINIATURE CIRCUIT BREAKER is the full form of MCB. It is used for tripping purpose while circuit connection in overload or short circuit situation. This type of circuit breaker rated current is below 100 Amps. Nowadays people uses MCB in domestic purpose instead of fuses. In this post we are going to see about this breaker.

What is Miniature Circuit Breaker (MCB)

MCB  is an automatically operated electrical switch designed to protect an electrical circuit from damage caused by excess current from an overload or short circuit. Its basic function is to interrupt current flow after a fault is detected. The disadvantage of all fuses is that when they have operated they must be replaced.  A MCB overcomes this problem since it is an automatic switch which opens in the event of an excessive current flowing in the circuit and can be closed when the circuit returns to normal.
breaker rated current is not more than 100 Amps. That means the current rating is maximum 100 Amps. Trip characteristics are normally meant not adjustable. The breaker operation is thermal based or thermal-magnetic.

In the modern world, people use commonly MCB in domestic line ( Low Voltage System) instead of fuse.

The breaker has a lot of advantages when compared to fuse:
1. Mcb automatically switch off the circuit while occurring abnormal condition of the electrical devices means in over load connection or short circuit connection. This device more sensitive to over-current.
2. Switch operating knob comes at its off position during tripping so, we can easily find out the fault occurred location.
3. Quick solution of electrical supply could not be possible in the fuse as because of fuses have to be rewiring or replacing in fault situation.
4. Miniature Circuit Breakers are advanced and guaranteed for electrical safety. For the reasons stated above in the modern low voltage system people are mostly used this breakers instead of fuse. 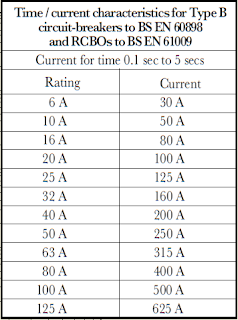 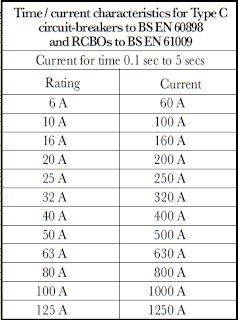 The classification of Types B, C or D is based on the fault current rating at which magnetic operation occurs and their ability to handle surge currents without tripping. In  = Nominal rating. 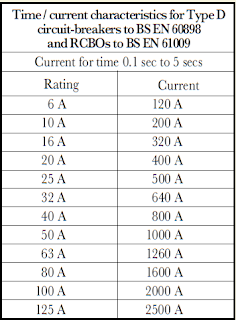 Type B breakers are generally suitable for domestic applications. Type C breakers are the normal choice for commercial and industrial applications where large groups of fluorescent lighting, motors, etc are used.

Sometimes failure of tungsten filament lamps can trip Type B circuit breakers in domestic and retail environments. This is caused by high arcing currents occurring at the time of failure and is generally associated with inferior quality lamps. A Type C breakers may be substituted for a Type B MCB where unwanted tripping persists, especially in commercial applications. A change from Type C to Type D circuit breakers should only be taken after careful consideration of the installation conditions.

Types of MCB – Classified by Number of Poles 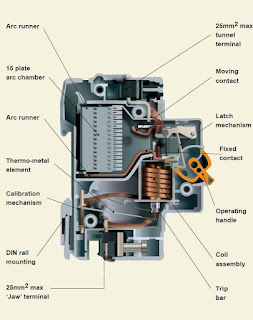 The construction of this breaker is very simple, robust and maintenance free. It is not repaired or maintained, it just replaced by new one when required or if repaired. The breaker has commonly three main constructional parts.

MCB is a fully safety covered device that works on the principle of Bimetal, with some elements of the operation.
1. Terminal trip (Bi-metal)
2. Electromagnetic trip (coil)
3. Arc extinguishing
4. Mechanisms of Termination

1. Termination by the heat carried by the bimetallic rods, which are: combination of two different metals expansion coefficient of metal. If there is more flow due to overload, the bimetal will bend due to the heat and will push the breaker lever to release the mechanical lock. This causes the Circuit Breaker trip.
2. Termination by electromagnetic performed by the coil, if a short circuit occurs then the coil will be induced and the surrounding area there is a magnetic field that will pull the lever shaft and operate the breaker. To avoid the effects of melting, the high heat sparks that can occur when the termination will be muted by extinguishing arc and sparks that arise will go through the blades of the arc-chute.

An automatic safety advantage is that it can be used again immediately after the termination, the automatic safety clutch freeway because there is automatic clutch can not be used again if problem not improved.
The nature of the breaker are:
1. Load current (IL) can be considered when the heat generated heat in excess of permitted.
2. Short circuit current can be decided without any slowdown.
3.  After the repair, the Circuit Breaker can be reused.

There are three mechanisms provided in a single pole breaker to make it switched off. First we need to observe the picture of breaker internal construction, then we will find there are mainly one bimetallic strip, one trip coil and one hand operated on - off lever. Electric current carrying path of a MCB in the picture is like follows. First left hand side power terminal - then bimetallic strip - then current coil or trip coil - then moving contact - then fixed contact and - lastly right hand side power terminal. All are arranged in series. If circuit is overloaded for long time, the bimetallic strip becomes overheated and deformed. This deformation of bi metallic strip causes, displacement of latch point. The moving contact of the breaker is so arranged by means of spring pressure, with this latch point, that a little displacement of latch causes, release of spring and makes the moving contact to move for opening the Miniature Circuit Breaker.

The current coil or trip coil is placed such a manner, that during short circuit fault the emf of that coil causes its plunger to hit the same latch point and make the latch to be displaced. Hence the breaker will open in same manner. Again when operating lever of the breaker is operated by hand, that means when we make the Breaker at off position manually, the same latch point is displaced as a result moving contact separated from fixed contact in same manner. So, whatever may be the operating mechanism, that means, may be due to deformation of bimetallic strip , due to increased emf of trip coil or may due to manual operation, actually the same latch point is displaced and same deformed spring is released, which ultimately responsible for movement of the moving contact. 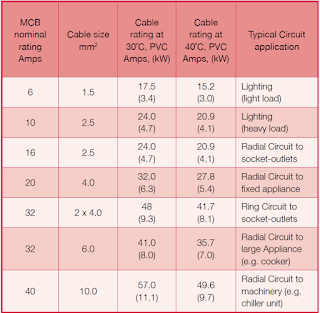 During the moving contact separated from fixed contact, there may be a high chance of arc. This arc then goes up through the arc runner and enters into arc splitters and is finally quenched. When we switch on an Breaker, we actually reset the displaced operating latch to its previous on position and make the Miniature Circuit Breaker ready for another switch off or trip operation.

What is miniature circuit breaker/MCB? What are the types of mcb's used in the electrical construction. I got it from here.. Thanks for the post to Electrical 2Z

Mr. Vinodh Thanks for the reply. Read more articles we written so many articles about switchgears

MCB full form, symbol & types are covered in this article but if you want to know more about circuit breaker go and check our switchgear articles Mr.latheef